Every popular movie has a sequel. The story of cats in our ICRISAT home needs one. If you don't remember part 1 you can read it at Cat genealogy.

Ashley, the matriarch continued to deliver children every six months. Her children - Honey, Candy and Toffee - grew into mature adults. Tofee became the sub-dominant male in the region, fighting sporadically with Boyfriend (his father) to become the dominant male. Candy and Honey grew into pretty females delivering children of their own (I will come to them later).

Fluffy followed in Ashley's next instalment. She is a pretty, agile female who has moved into a new territory and has delivered kittens of her own.

In September 2008, Ashley gave birth to four more. We called them Gundumani, Koorachimoonji, Leopard and White Tigress. These kids grew in our house, and have still not separated from each other.

Candy and Honey delivered kids this summer. The heat took its toll and Candy lost her kids. Honey brought her kids to our house. Since Honey Bee is a famous liquor brand in Kerala, we named them Vodka, Whiskey and Rum. 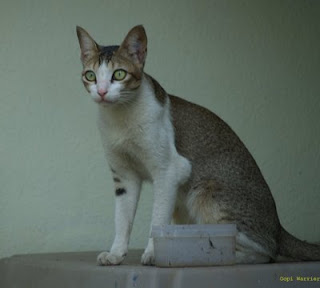 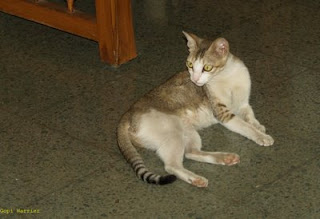 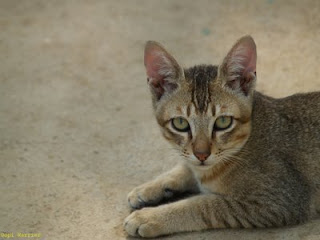 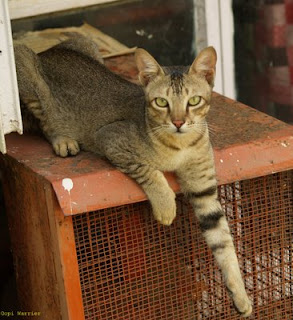 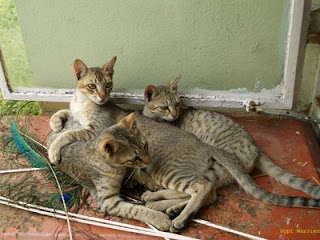 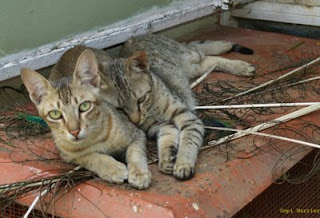 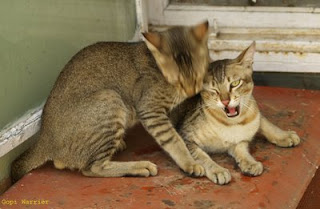 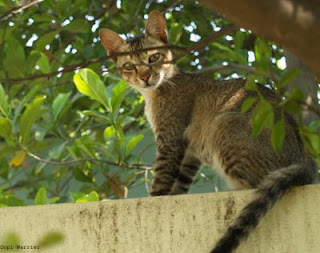 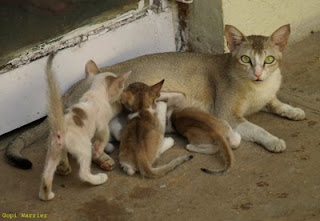