The Narmada is the most beautiful river I have seen in India. No, not at the rail bridge at Hoshangabad; that is a blur of steel girders. I absorbed the Narmada while walking along the rocky gorge from Kevadia Colony (the temporary town for the construction workers for the Sardar Sarovar dam) to Bamni in 1991.

Flowing through the rift valley, the Narmada has the Vindhyas flanking its north and the Satpuras in the south. The river valley is a platform of sharp-edged rock, and I trekked gingerly to avoid a slash on my feet and shins. The mountains are not tall – a few hundred feet at the most – but they rise sharply from the line where the earth broke millions of years ago.

I was representing the Indian National Trust for Art and Cultural Heritage (INTACH) at a meeting organized by Medha Patkar at Bamni. The Narmada movement was strong in those days and the meeting had drawn many people from different parts of the country. We slept on the sloping ground while the river rippled gently below us. I saw stars in the sky, something that I had not seen for years in the smoggy Delhi.

We went to the river to bathe in groups. There were gharials (alligators) in that part of the river. There was this guy, more or less my age, who sang full-throated, baul-like as we held out our towels to dry in the damp river breeze. He had long hair, which he tied loosely in a turban. He had a PhD in environmental toxicology from Cornell University. When we climbed back to the hill top the smell of warm khichdi from the thatched kitchen pushed against the river breeze. We ate in leaf plates.

Chambal has alligators on its banks. It is muddy, washing the ravines continuously. The river takes a turn before the rail bridge. Whenever I crossed the river by train in the evenings, I have loved the brown of the river silhouetted against the orange of the setting sun.

The river Bhagirathi, which later goes on to become the mighty Ganga, was mucky as it reached Tehri town. The point where I stood, then, is below the water of the Tehri reservoir today. I traveled upstream by bus to Silyara village which is on the banks of the river Ramganga, which later joins Bhilangana, which in turn joins Bhagirathi at Tehri. On our return, my friend and I were 45 minutes early at the bus stop. A delay would have meant loss of half a day to catch the next one to Tehri. While waiting we drank tea from the only shop in the village. There was nothing extraordinary about the milk or the tea leaves, but the glacial-melt water from Ramganga ensured that my tongue remembers the taste after 20 years.

Scores of Ramgangas join the Ganga by the time it reaches Rishikesh and Haridwar. It carries the copious amount of swift-flowing water that is needed to wash away the sins of the hundreds of thousands of people who bathe in the river every year.

River Indiravati drains the moist deciduous forests of the Bastar Plateau in Chhattisgarh, curves and joins the Godavari. At Dhantewada, two tributaries join Indiravati. One flows clear and serene, and the other flows rapid and red, bringing down ore-rich soil from the Bailadila iron ore mines.

Crossing the Godavari at Rajahmundry is like crossing the ocean. The bridge almost never ends. In 1993, I was in this area covering a story on a gas well blowout in the Komarada region of the Godavari delta. In the evening I sat in the balcony of my hotel room and watched the solitary lights of the ferries fade as they carried passengers to the island villages in the river and across.

I have seen the Godavari in Ramagundam, Basar and near Shirdi. She is at her most magnificent at Rajahmundry. After this point the river breaks into multiple distributaries of the delta, creating hundreds of islands or lankas.

Beyond the Grand Anicut at Trichy, the Cauvery too splits into a delta. The land between the multiple branches of the river has traditionally been the most important rice growing region in Tamil Nadu. The water flowing into the delta has also been the bone of state’s constant contention with Karnataka. Driving through the winding roads of the delta, I realized that there was space for everything except automobiles on the tarmac. Harvested paddy stalks were laid out to dry and thresh, people were sitting and working on it, dogs, cows, crows, everything but cars. With thousands of years of agricultural history, the delta region is also the home to delicious cooking.

In the Nilgiris I was in the land where rivers began. There is no shola from which a stream is not born. More than thousand such streams join to form the four rivers from the mountain block – Bhavani, Moyar, Kabini and Chaliyar. While the first three in turn join the Cauvery, Chaliyar flows westwards into the Arabian Sea.

A river is only a drainage channel through which rain water flows into the sea. While Bhavani has water flowing throughout the year, the adjoining Noyyal basin, draining the dryer slopes of the hills, runs dry most months. Modern-day engineering is required to move water from the Siruvani and Bhavani rivers to be moved to Coimbatore and the other industrial towns in the Noyyal basin.

I could not have grown in the Thrissur-Palghat region without Bharatapuzha etching a long line on my psyche. I love to ride along the river every time I travel by train into Kerala. I had bid goodbye to my father and father-in-law on the banks of this river.

*****
After two decades I saw the full-throated singer from the Narmada valley: on YouTube. Rahul Ram is the lead singer for the band Indian Ocean. When I heard his voice crack at the highest note of arey ruk ja re bande, I remembered the chitter-chatter of the river, the breeze on my face, the stars in the sky and the smell of Medha’s khichdi.
at Saturday, July 23, 2011 1 comment: Links to this post

Benin is considered to be the birthplace of Voodoo. From here it spread to the Caribbean and the Americas with the slaves. Every year, on 10 January, the International Voodoo Festival is celebrated at Ouidah in Benin. Raji and I shot these pictures this year. 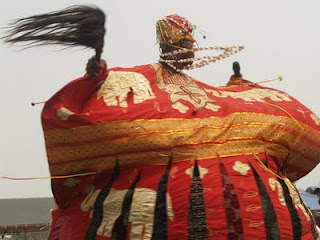 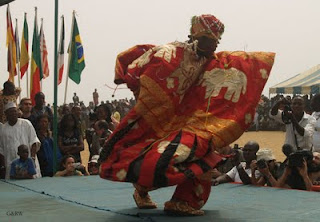 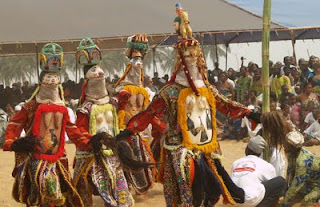 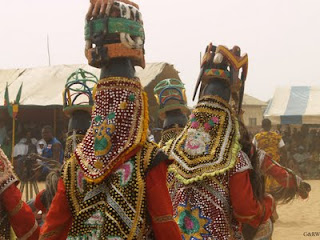 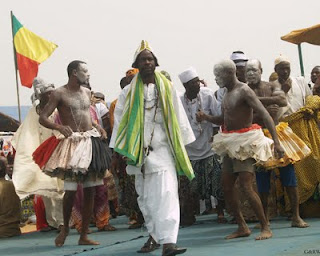 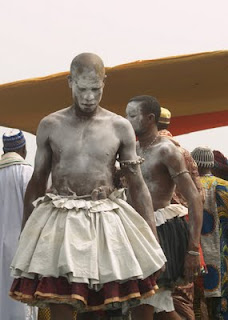 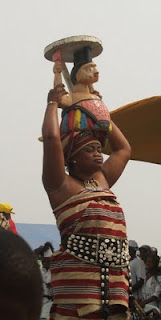 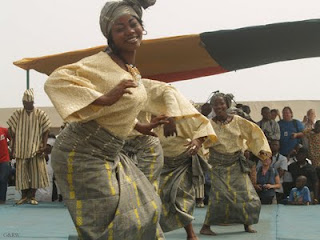 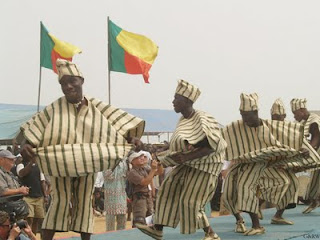 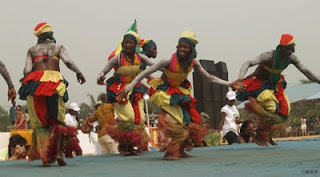 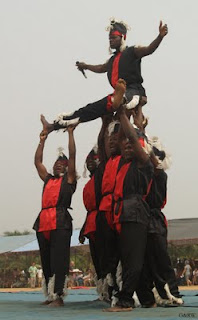 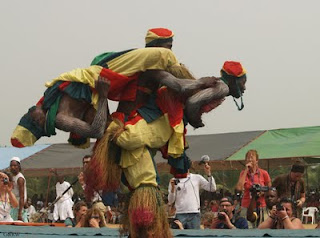 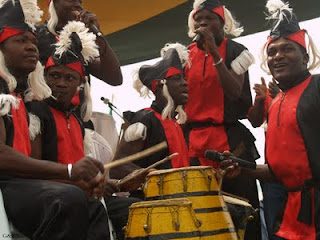 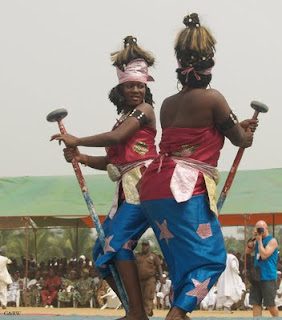 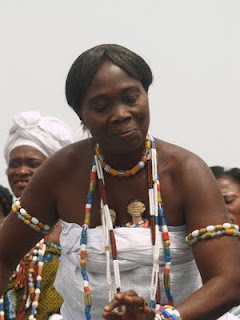 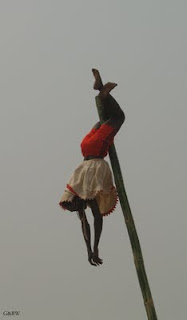 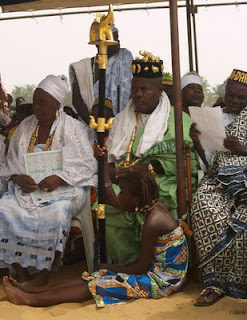 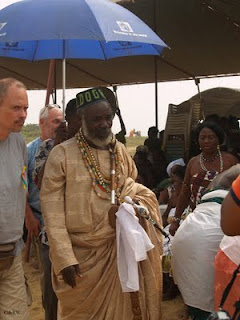 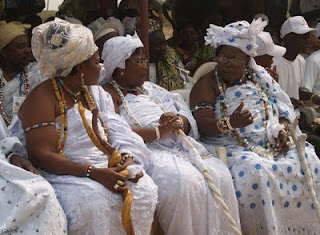 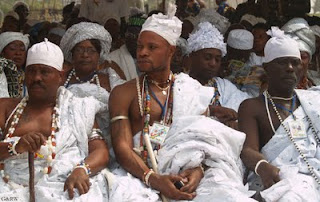 The castle at Elmina, 170 km west of Accra in Ghana, is one of the oldest and largest slave castles on the West African coast. It was in the hands of the Portugese, Dutch and the British. During the slave trade, thousands of men and women were held captive in the castle and shipped to the Americas. The walls, doors and the iron bars in the castle still tell the story of a time in history when man inflicted misery on another for greed. Raji, Varun and I visited the castle in January 2010.

Varun and I shot these poignant pictures. 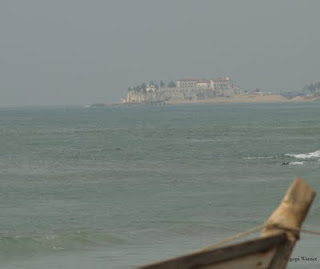 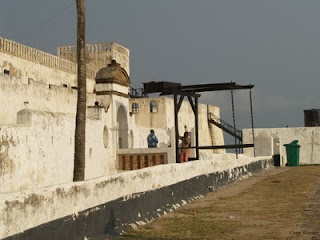 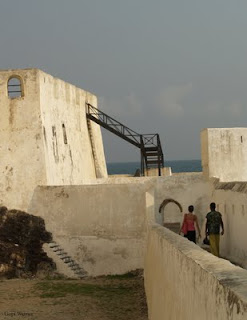 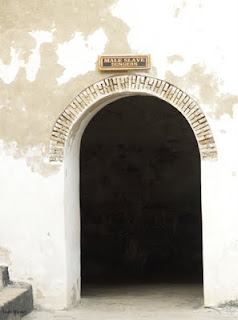 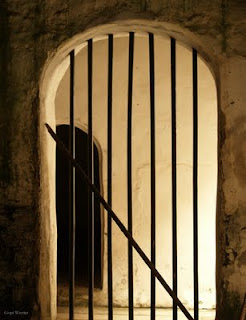 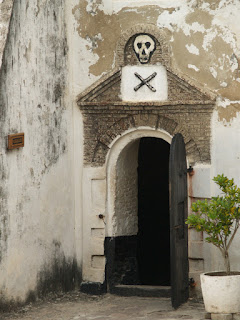 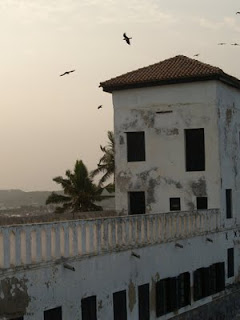 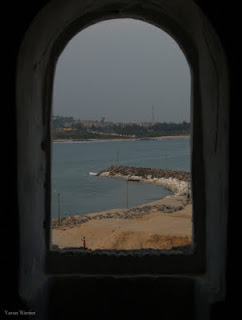 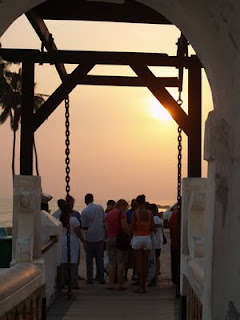 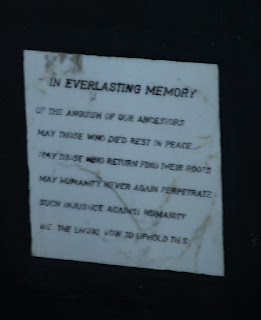 It has been a rather long time since I updated my blog. I will do it sooner than later.
at Friday, July 15, 2011 No comments: Links to this post