A sad road in human history

Traveling through the Route des esclaves (the route of the slaves) in Ouidah in coastal Benin is a poignant experience. Through this road, thousands of slaves were marched to the waiting boats on the coast. Ouidah was a major slave trading center of West Africa from where west-European slave traders procured men, women and children to work in the plantations of the Americas. These human beings had the misfortune of being born in a period of history when they were forcibly turned into commodities and traded for canons, gunpowder, alcohol, and perhaps other goods unavailable on African shores.

In 1992 modest monuments were erected along the Route des esclaves – bookmarks in this dark chapter. Varun shot these pictures. 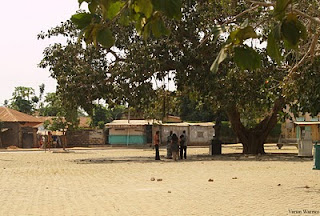 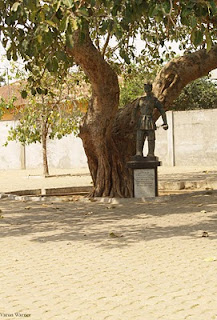 The tree and the square where the slaves were traded. 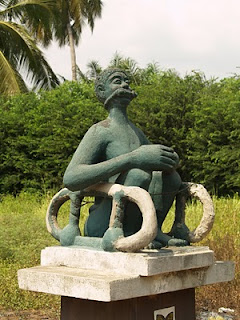 The rebels were tied and gagged. 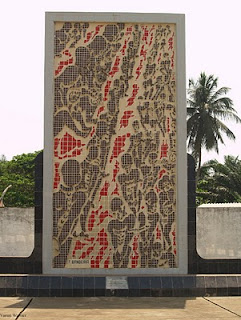 Many died even before reaching the boats. A memorial marks the mass grave. 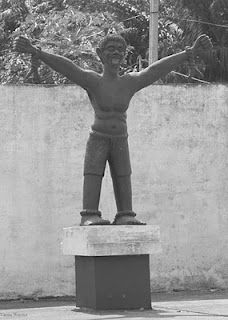 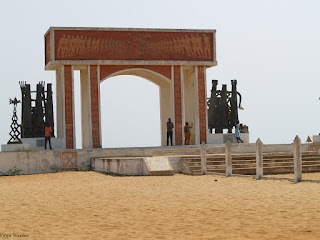 The gate of no return.

The land that they left behind… forever.
at Thursday, December 31, 2009